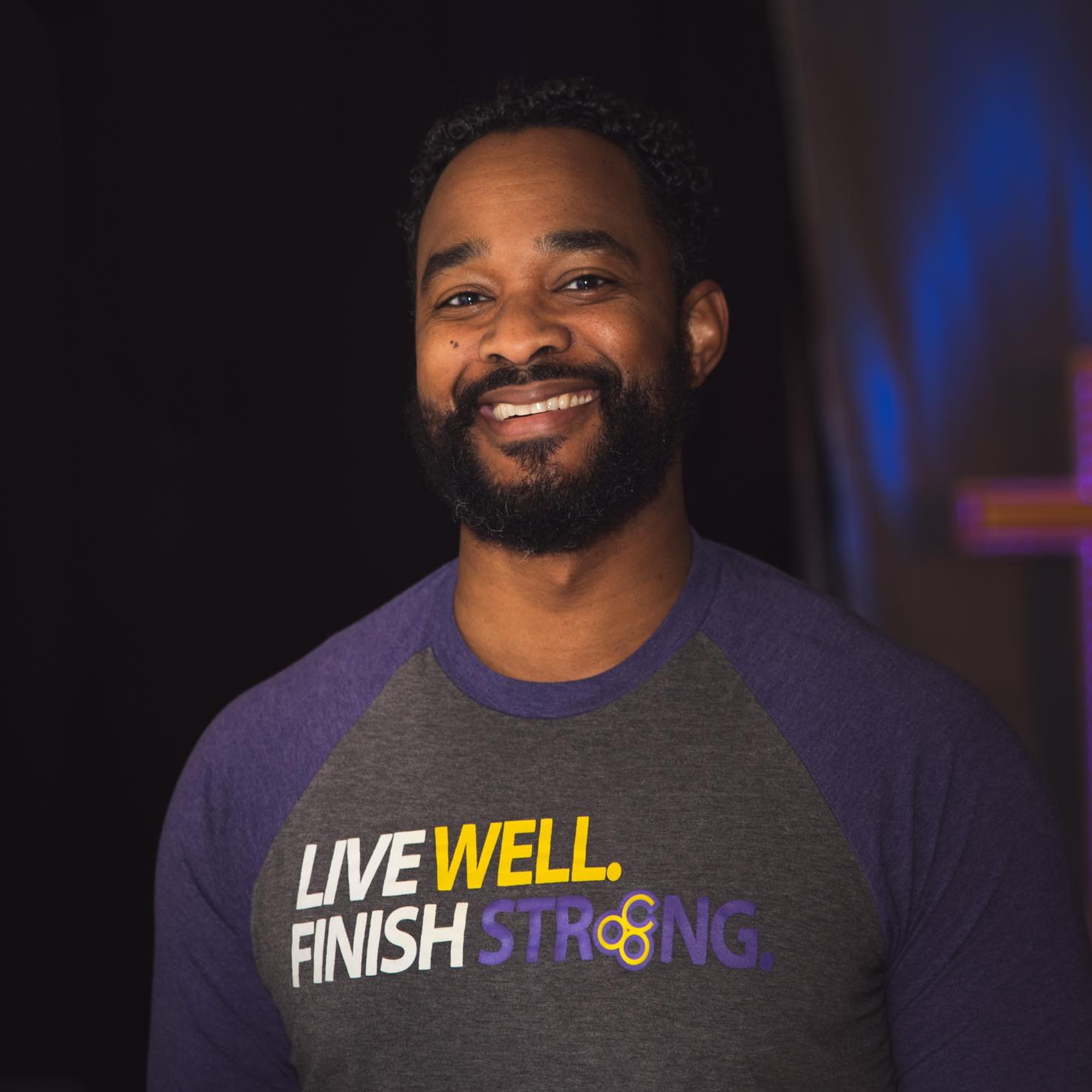 Race at the Throne of Christ.

How would Jesus have us live and relate with a posture of humility, deference, and family that would stand out in our culture? 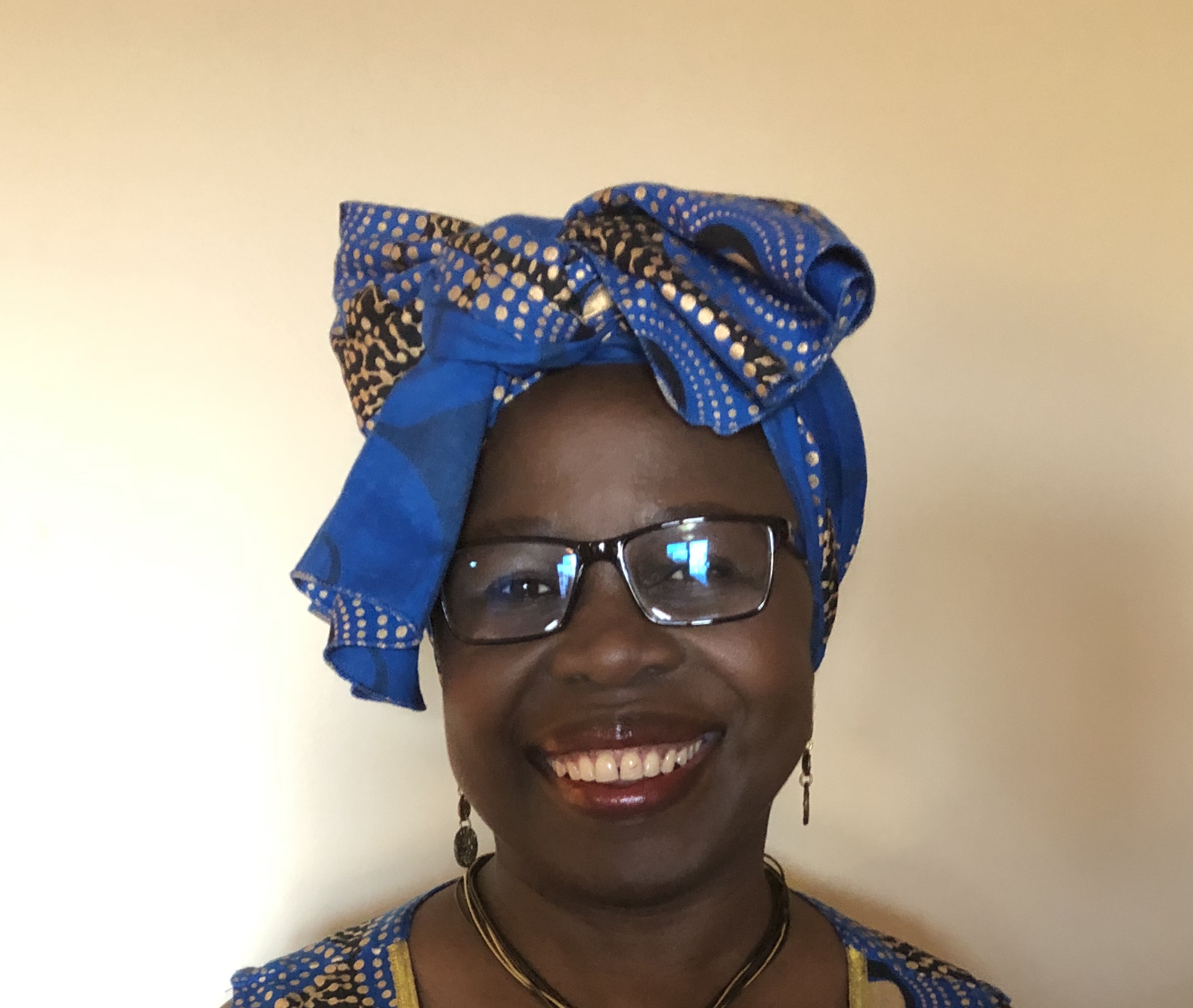 Trusting God is easy when all the pieces in our life’s puzzle fall together neatly in place. Stories are written of those who’ve ran the race faithfully and received their crown. But what if we had the opportunity to stand on the promises of God if He were to call us to build a VERY, BIG, BOAT in the middle of the Sahara Dessert? Or what if God’s idea of ministry made no sense to anyone else but us? Would we stand alone? Could we survive the test of time when our work seems to bear no visible fruit? Like Moses or Nehemiah, and many others before us, we are called to live a life of expectant faith and persevering prayer rooted in the promises of God. This seminar will offer practical tips on how to remain grounded and faithful even through the most trying times. Biblical and contemporary examples will serve as a backdrop to this highly interactive session.

Susie has been involved with The Navigators since 1986. She served high school and community ministries in Kenya and collegiate ministries in England and in the Netherlands. As a product of rape, and orphaned at age 6, Susie ended up in abuse home where she was repeatedly told she would never amount to anything. Learning through that abusive environment that love had to be earned, and never quite measuring up to the conditions for earning that love, Susie would later struggle to put her trust in God as her Father. After moving out on her own at age 17, Susie embarked on a long journey to find her identity. Through inner healing, she has come to a place where she can finally rest in the assurance she is loved.  Susie tells her story of growing in trust through her 2006 autobiography “He Really is Father.” Susie lives in North Branch with her husband Steve and their son Seraiah. She also is founder and head of school at Veritas Academy, a private, classical Pre-K—12 Christian school. 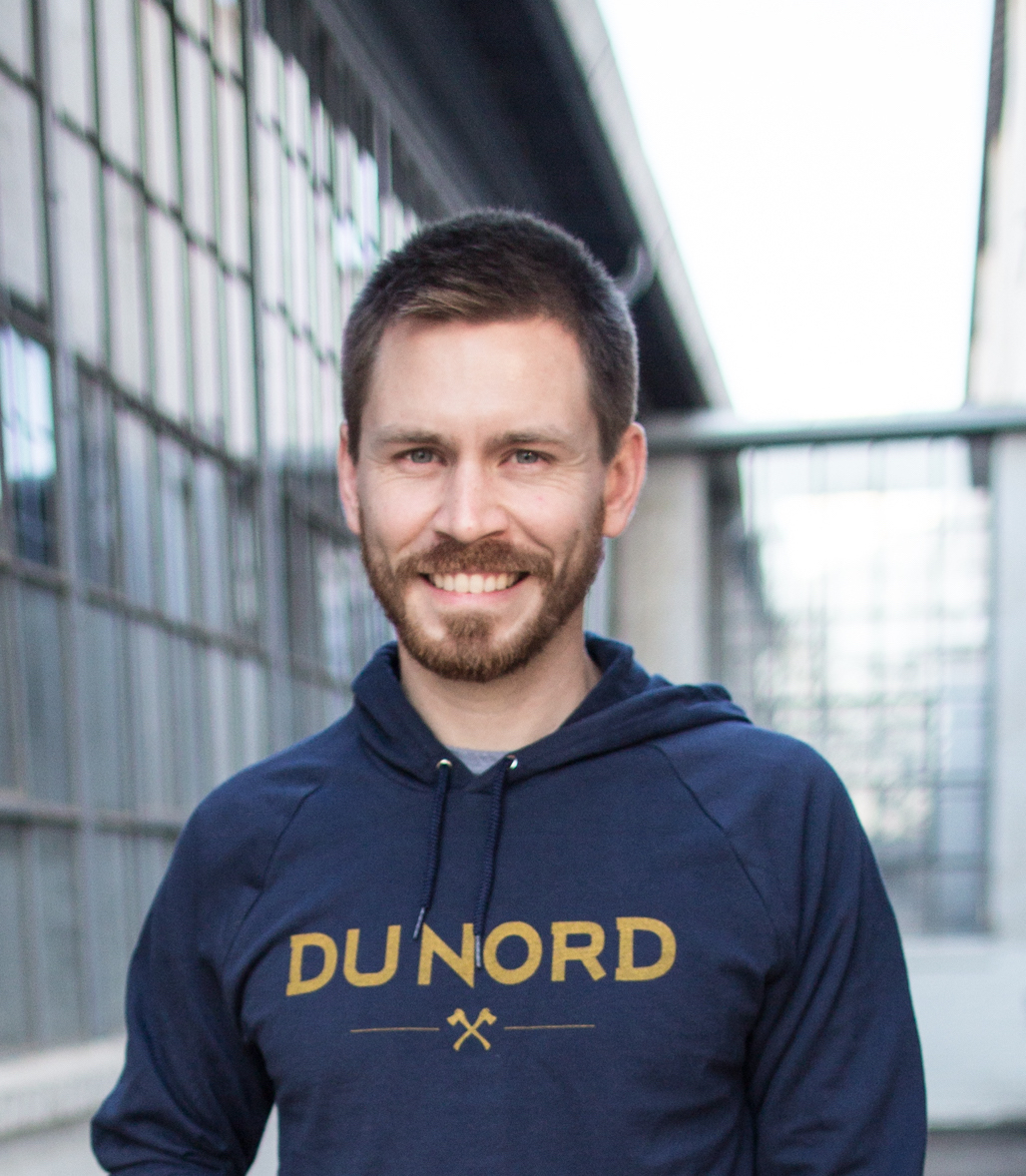 Making Christ Known to Young Adults: Why young people are leaving the church and what to do about it

20-somethings are the least church-going age group in our nation. Studies reveal that every year more people identify as “Nones” – those with no religious affiliation. While in the past young adults who drifted in college often returned when they got married and had kids, this is happening less, too. What is leading young people to disassociate with faith communities? Do they still have interest in Jesus, faith, and spirituality? How we can we reach and engage them meaningfully right where they are?

After graduating from Colorado State University with a BS in Civil Engineering, Alec traveled to Kenya, Uganda, and Libera doing design work with Engineering Ministries International. He subsequently did two years of collegiate ministry with the Navigators at the University of Wyoming before moving to Seattle to pursue a missional enterprise as a bar manager at a neighborhood pub, where he also worked part-time at a local church. Having lived in Minneapolis for 5 years now, he graduated from Bethel Seminary with an MA in Theological Studies and leads the Navigators 20s Ministry both locally in the Twin Cities and nationally. 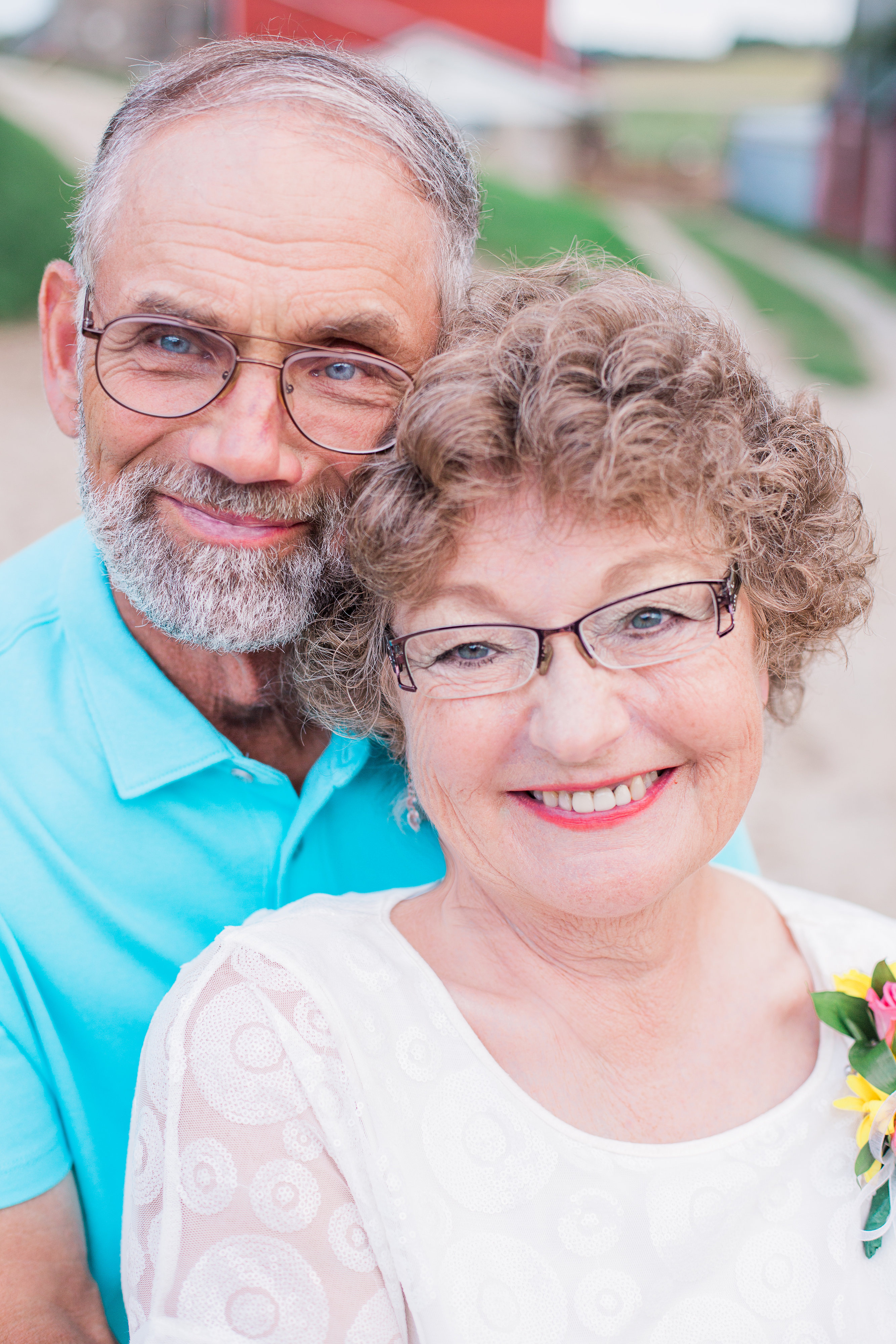 This seminar will focus on developing a deeper knowledge of the teachings and the stories found in God’s Word.  It will include methods and practical ideas to help the individual student seek and uncover the treasures God has included in His Word.  Such purposeful study enhances one’s own relationship with our Lord and fosters the ability to effectively communicate to others the truths of God’s Word.

Randall Grabau spent about forty years operating a small dairy farm in southeastern Minnesota.  His experience with the Navigators in his college years and after motivated him to study God’s Word personally and to teach it in groups and to individuals. A key motivating Bible verse for him is Ezra 7:10. 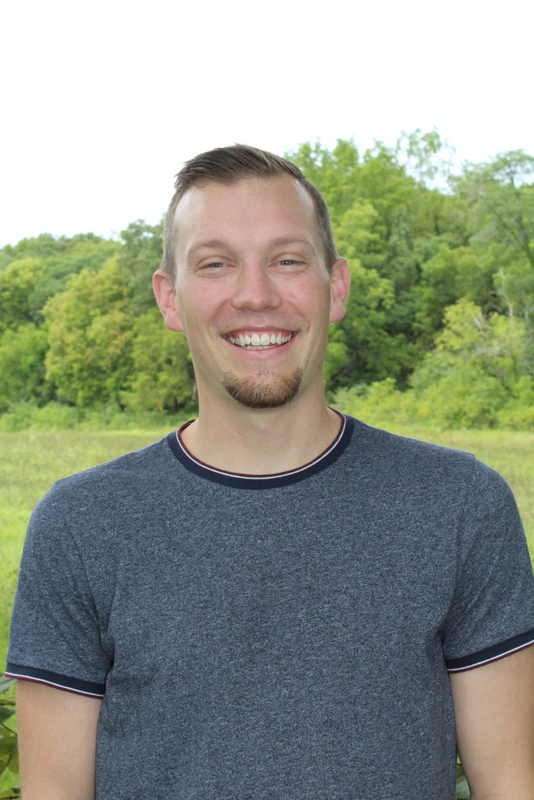 Fasting and Prayer in the life of a Disciplemaker

Maybe you cringe at the thought of a day without food.  Feeling hungry, tired and even weak aren’t feelings many of us look forward to.  What is Christian fasting anyways?  And what role does fasting and prayer play in the life of a disciple of Jesus?  Come explore these questions and more as we discover together how this often overlooked spiritual discipline is a vital means by which God advances His purposes in and through the life of a disciplemaker.

Adam grew up on a small hobby farm in northwestern Illinois.  Growing up watching the Chicago Bulls dominate it became his childhood dream to play in the NBA.  That career never took off but his love for sports continued.  At North Central College in Naperville, IL Adam had the privilege of running on the track squad where his coaches and teammates played a vital role in his development as a person, eventually leading to spiritual transformation as he met Christ largely through his teammate David.

Adam’s passion as a young believer was to invest in the lives of younger men.  This started with his teammates and eventually led to him serving two years at a boys home for at-risk youth near Appleton, WI.  During this time, God led Adam to the ministry of the Navigators.

For the past 9 years Adam has served at the University of Minnesota first among mainstream American students and now specifically among the international student population.  Adam’s passion is to see young men and women experience the heart of God and discover their place in God’s global mission.

His wife’s dream is to be missionary hobby farmers. Until then you can find them gardening, chasing around their 2 boys and 2 bunnies in the backyard while living and ministering among the 8,000 international students and scholars at the University of Minnesota. 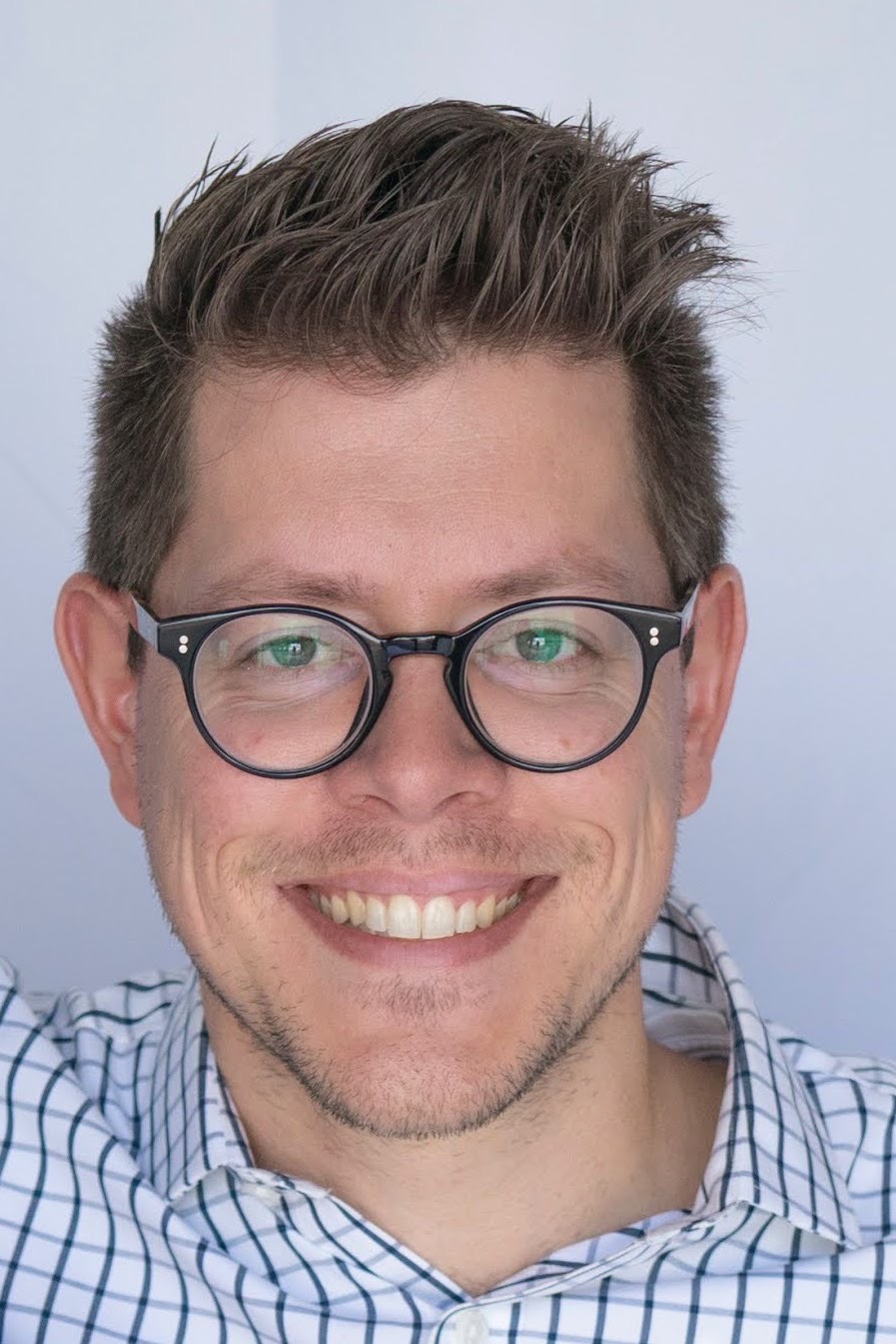 Disciplemaking in the Local Church

Join us as we study the Scripture surrounding the great commission, evangelism, disicplemaking, and the local church. We will endeavor to discern together some principles for effectively making disciples in the local church, in a way that blesses the church leadership and the Body.

Matt Kinnick has been making disciples ever since he learned how to from the Navigators during his undergrad at University of Minnesota – Duluth. Matt served on staff with the Navigators for 13+ years in collegiate ministry until recently becoming the Associate Pastor of Antioch Community Church in Northeast Minneapolis, Minnesota. He is married to Lindsay and they have four wonderful children, one naughty cat, and five crazy chickens. They live in St Paul, Minnesota. 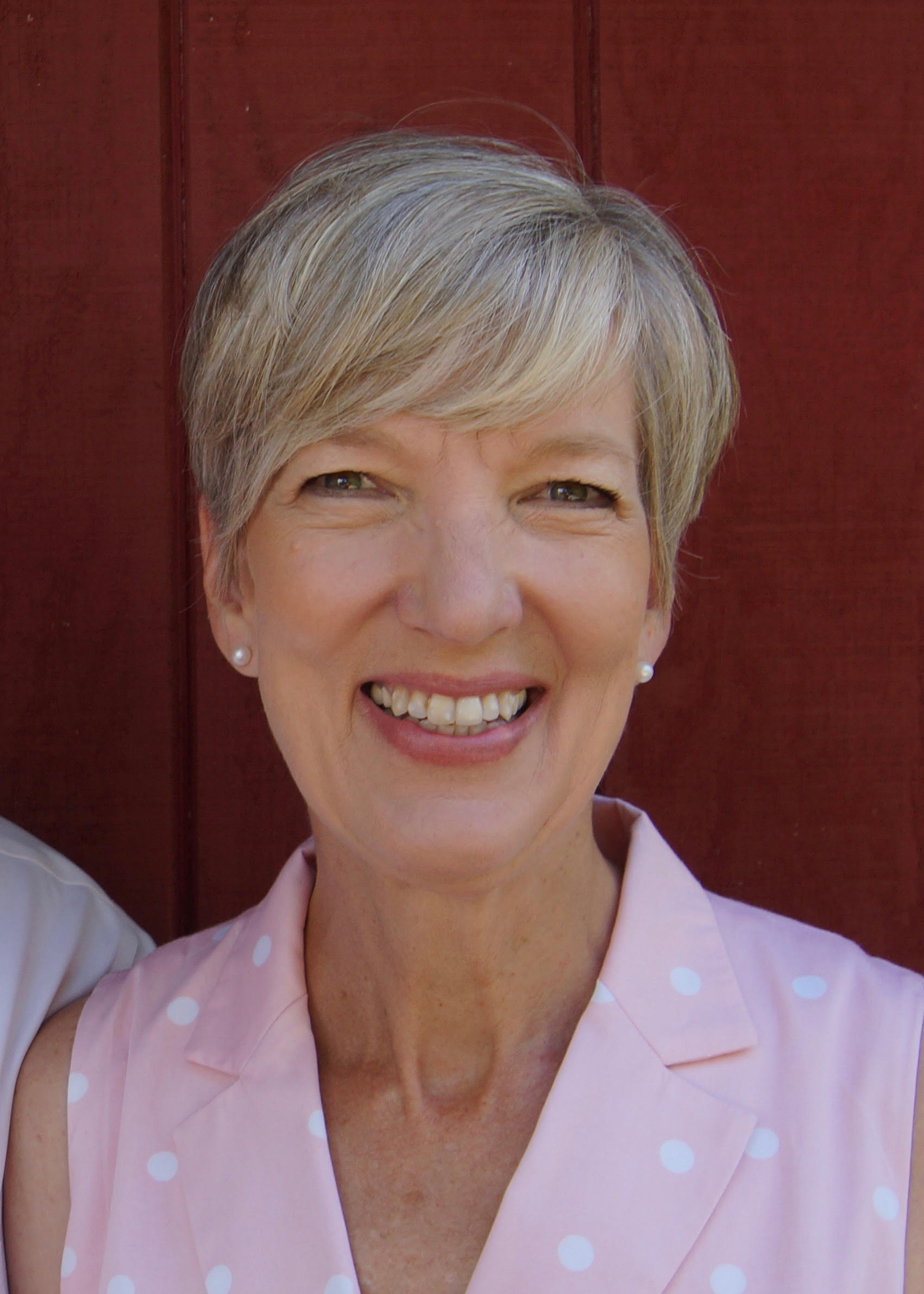 “Won’t You be My Neighbor”: Loving Your Neighbors as Yourself

Neighbors, they are everywhere, the people we live near, work with, and meet in daily life. Jesus said, we should love them as we love our self. How can we do that? In our neighborhoods today, many people don’t even know the people who live around them. This workshop is designed to encourage believers to use their individual gifts to help fulfill God’s greatest commandment, without pressure or guilt.

As a neighbor for more than 30 years, Colleen has learned about love, commitment, judging, prayer, patience and more. Raising three children, Liz, Nate, and Courtney, provided numerous opportunities to engage with neighbors. Colleen met the Navigators in high school and continued her involvement with them at the U of MN and the community ministry. She has led numerous Bible studies and small groups. She also enjoys lunch with friends, biking, traveling, running, and just about anything with her family. 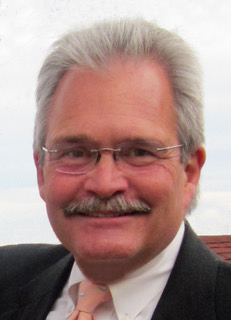 The Mystery of Forgiveness – What is it Really All About?

As believers we know the miraculous taste of God’s forgiveness and with it restored relationship with Him.  Yet how deeply do we really know it? Forgiveness is foundational to God’s love. It is one of the truly tangible ways we share God’s love with those around us.  It is the Gospel. And it is very, very hard – made more difficult because it is so misunderstood. Forgiveness is not about changing how I feel, but it will change how I feel.  It comes down to a decision. Come explore how Jesus, over and over, explains the love decision that unlocks forgiveness.

André placed His faith in Jesus’s love while a student at the University of Minnesota in the Twin Cities and got involved with The Navigators campus ministry.  He has had a life-long passion for sharing Jesus’ love with those around him while raising a family and practicing architecture in the western suburbs. In the mid-nineties Andre and his wife, Barbara, with their two children served as resident Navigator staff in Siberia, Russia. While there, God revealed His love in a way that gave new realization of what it means to love God, one’s self and others as ourselves. 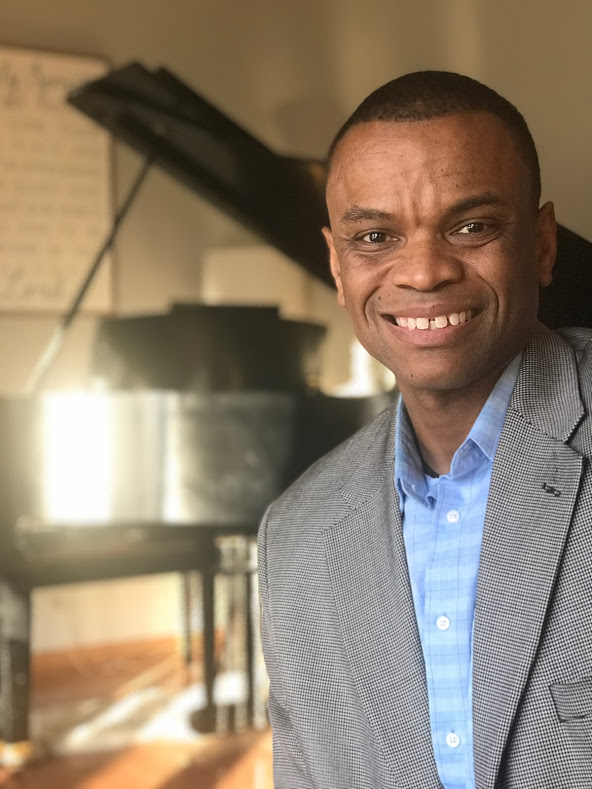 Have you ever considered a court or health club as the new “coffee shop”? Discover how to use sports & fitness as a disciple making tool. Whether you’re reaching a fellow “weekend warrior” or the serious competitive athlete, you will learn how to use your favorite activity/sport to make disciples where you never thought you could.

Jason Robinson serves on the staff of The Navigators Collegiate Ministry at The Univ. Of Minnesota. Jason has emphasized the call of 2 Timothy 2:2 to empower others who reproduce themselves. He has 25 years of experience building leaders and multicultural organizations from the deep south to the upper midwest. He also has a mentoring/discipling ministry known as “The SportMentor” that has invested in athletes and leaders around the world both in person and online. 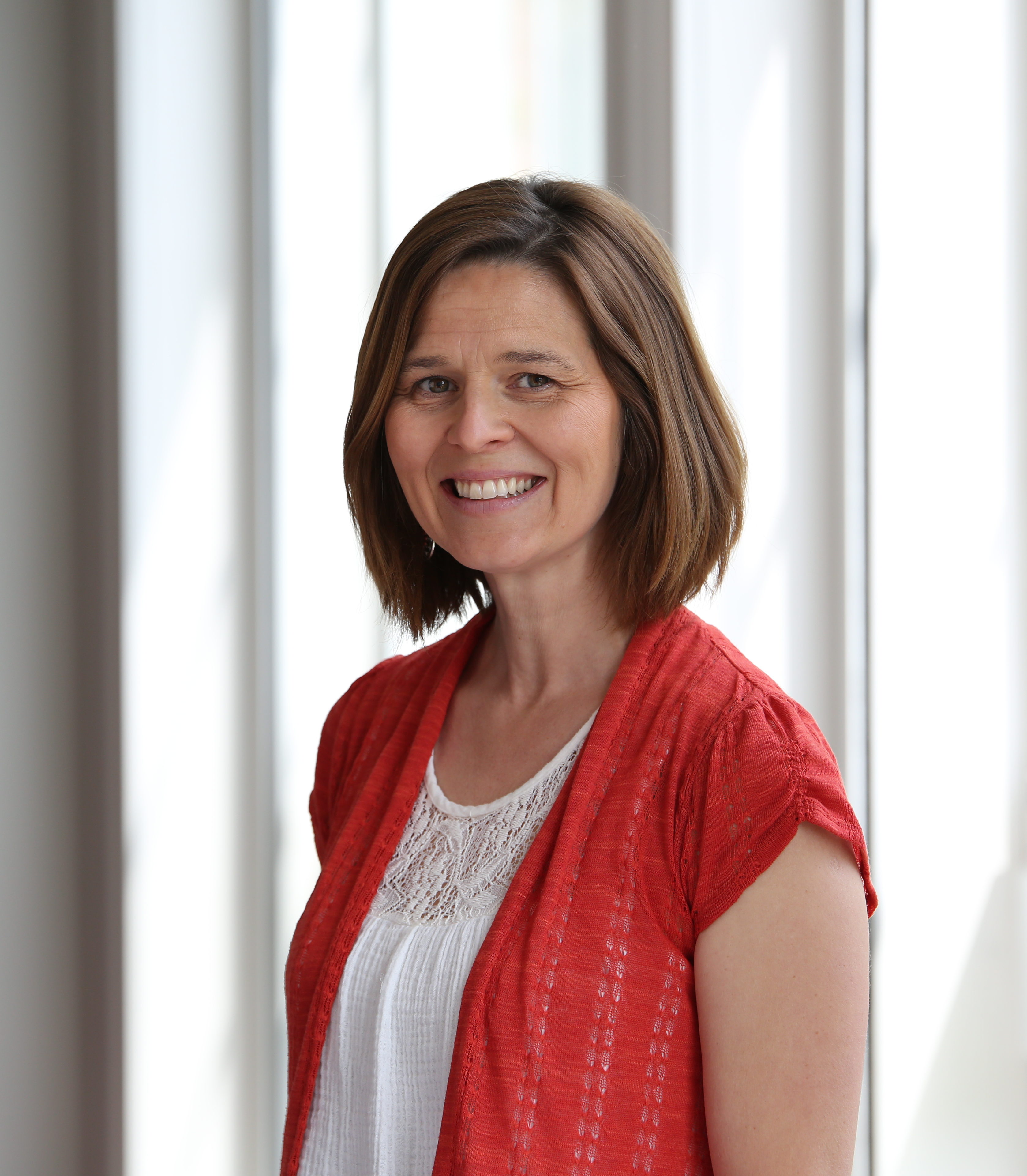 The Long View Each Day: Discipling your children to follow Jesus for Life

Be inspired in your day to day discipling of your children through learning practical insights in Scripture and ideas through one another’s lives.  Come away with fresh encouragement in your call as a parent.

Ideally for parents of kids 11 & under

Kathleen Selje, Mom to 3 big kids (ages 20, 17 & 17), lives in Minneapolis and serves as Director of Kids Ministries at Christ Presbyterian Church where she partners with families to disciple kids as loving lifelong followers of Jesus. After earning a degree in Elementary Education, she invested in college students and 20s through the ministry of the Navigators across various campuses and cities for 20 years. In her free time, you may spot Kathleen skipping around a lake, singing a song, or eating some real good food with friends and family. 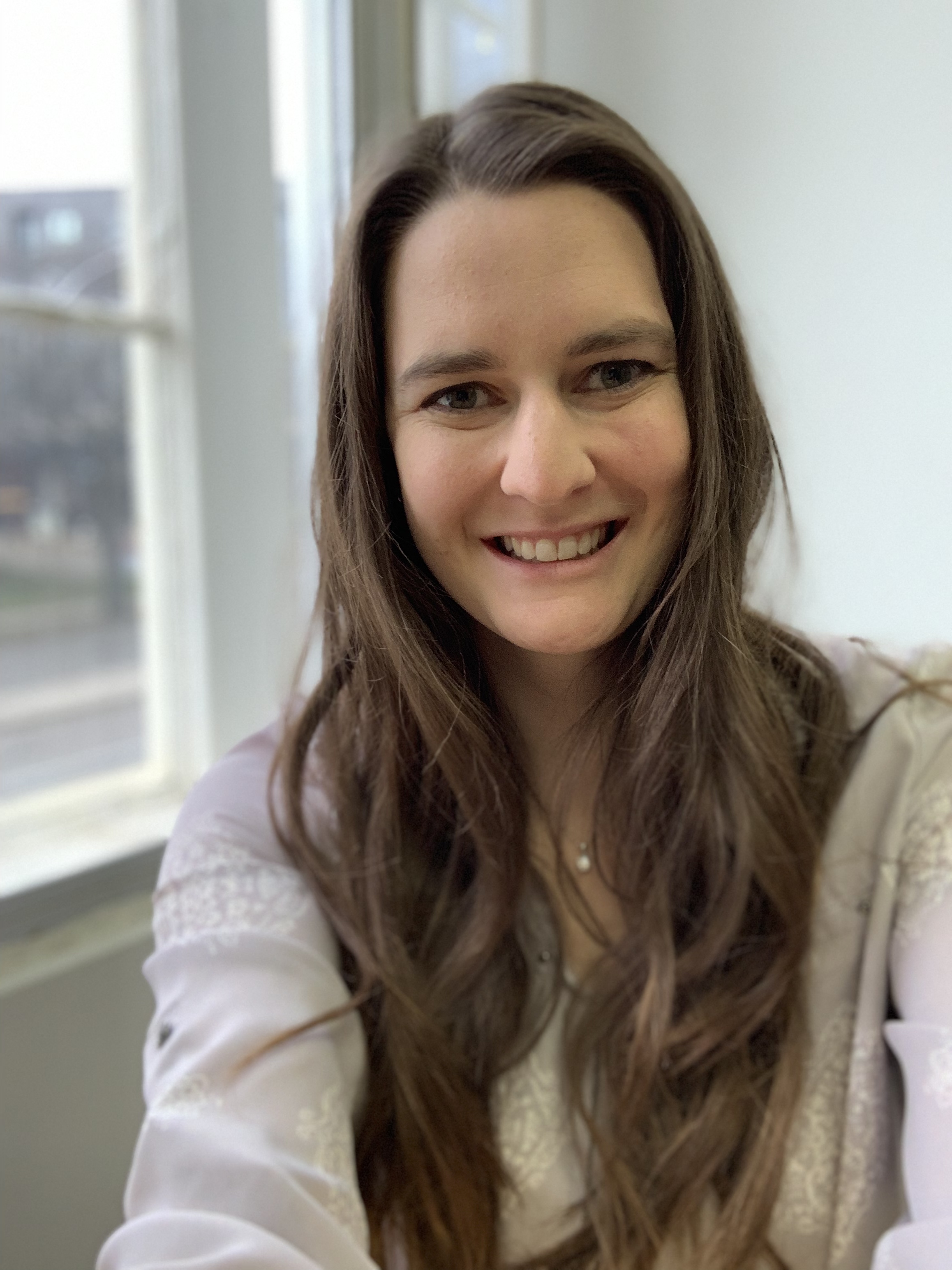 How to Make the Most of Your Time Alone with God

This Seminar is for any person wanting to grow in depth in their walk with the Lord. Whether you are just learning how to read the Bible on your own regularly, or if you have been having time alone with the Lord for years and are wanting to learn new methods to add diversity to your interactions with God, this seminar is for you!

I am on staff with the Navigators serving at the University of Minnesota. I am the Director of Women’s Ministry and I am passionate about seeing students thrive in their walks with the Lord. I love being a witness to God’s transforming power in the lives of college students. I enjoy trying out new coffee shops with my husband, Patrick, and exploring new places in the City. Flowers, photography, dogs, and movies are a few of my favorite things!

I came to know the Lord more deeply through the Navigators at the University of Colorado in Boulder. There I learned what it looks like to trust the Lord for the impossible, be in a two-way relationship with Him, and share my faith with those around me.